A rendition by EbolaInfo, based on the original: I’m Too Sexy, Right Said Fred. 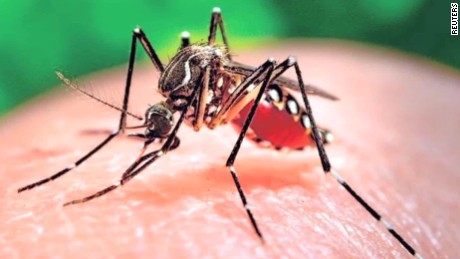 The song displays the disdain for the official fear narrative to justify $1.9B corporate welfare handout being pushed by the likes of Ron Klain and Webster Tarpley

“Vaccinating pregnant women is crucial, and a way of plugging the “immunisation loophole” and protecting their unborn babies.
In 2012, a nationwide outbreak of whooping cough swept across the UK.
Almost 12,000 people were struck down by the highly infectious disease, which is marked by paroxysmal coughing – accompanied in some cases by the distinctive “whoop” – and can cause severe complications and death.
Newborn babies are especially vulnerable, and, in the three years from 2012 to 2014, a total of 24 babies died under the age of three months old. Thousands more were admitted to hospital.
The sudden upsurge came after more than a decade in which the number of cases had remained in the hundreds.
It proved, in tragic fashion, the vital importance of vaccinating the mother to protect her soon-to-be-born child.
For although whooping cough (known by the medical term pertussis) is a vaccine-preventable disease, the vaccine does not work in those most at risk – babies under three months.
Their developing immune systems are unable to mount the protective response that vaccination in an older infant will trigger
…
To ensure protection for newborns via their mothers, all pregnant women in the UK have been offered the pertussis vaccine in the third trimester of pregnancy since 2012, but many resist because of misplaced fears about its safety.
Today, it is combined with vaccines against polio, diphtheria and tetanus – diseases that have been virtually eliminated from the UK but could make a comeback.
The combined vaccine, called Boostrix IPV, had a take up rate in England of 62% in 2014.”

More: The power of vaccinating pregnant women
Note: Mad, mad pharma, let’s move to the mother. Inject foreign dna and toxins during pregnancy. How can they even claim to have done studies which would be highly unethical! Who makes Boostrix IPV? GlaxoSmithKline!

https://www.medicines.org.uk/emc/medicine/28679
“Animal studies do not indicate direct or indirect harmful effects with respect to pregnancy, embryonal/foetal development, parturition or post-natal development
…
BOOSTRIX-IPV should not be administered to subjects who have experienced neurological complications following an earlier immunisation against diphtheria and/or tetanus (for convulsions or hypotonic-hyporesponsive episodes”

Marcia Castro
Associate Professor of Demography,
Harvard T.H. Chan School
As of 4th March 2016
– 5900 suspected cases
– 640 confirmed for microcephaly
– Only 80 had zika virus
Note:  Zika (or dengue) found in 80 out of 640 (12.5%) cases of confirmed microcephaly. 87.5% of microcephaly cases tested negative for zika (or dengue) virus. Dengue virus may be creating false positives for zika. Zika and dengue are very similar.

Note: 25K microcephaly cases in the US, why? Brazil has less than 300 confirmed cases out of the dubious 4000 claimed cases.
Will W.H.O. declare the US an affected pandemic region in relation to microcephaly of unknown cause?
Hint to CDC and WHO: Vaccine induced damage, GMO crop consumption, glyphosates, pesticides

Microcephaly is an important neurologic sign but there is nonuniformity in its definition and evaluation. Microcephaly may result from any insult that disturbs early brain growth and can be seen in association with hundreds of genetic syndromes. Annually, approximately 25,000 infants in the United States will be diagnosed with microcephaly (head circumference <−2 SD)

Note: This little nugget was extracted from the post Busted: 25,000 cases of microcephaly in the US per year. Well this leads to another query, what is the trend? When did we start seeing these large figures?

The difference between what WHO’s Dr Chan and a convoy of virologists state as the cause and what bloggers and independent journalists have been able to piece together will further expose the contemptible nature of the medical cartel?

THERE IS AN ERROR IN THE VACCINE/SHRUNKEN BABY BRAIN REPORT THAT MUST BE FIXED
http://www.jimstone.is/zika.html

They are now fronting brain damage caused by a newly formulated Tdap vaccine as a “Zika virus outbreak”. Problem: The Zika virus, which has been known about for 70 years, has never done anything to babies while the mother was pregnant. Zika results in a mild cold and is all over the world now doing nothing to anyone with a mortality rate of ZERO.
QUESTION: why did it suddenly blow the brains out of thousands of babies in ONE LOCATION – Brazil in the past two months alone when ZERO reported cases of this outcome have ever been recorded prior?
ANSWER: Because a new Tdap vaccine, which was spawned to destroy babies before they were born rather than after birth (due to the new awareness that autism is caused by intentionally destructive vaccines) was launched in Brazil in May of 2015. Gates&Cohorts now need a scapegoat to pin the damage on, and “ZIKA” sounded spooky enough.

In late 2014, the Ministry of Health of Brazil announced the introduction of the Tdap (Tetanus, diphtheria, and acellular pertussis) vaccine for all pregnant women in that country as part of its routine vaccination program. The move was aimed at trying to contain the resurgence of pertussis in Brazil
…
“Unsurprisingly, the Brazilian government announced on January 15, 2016 it will direct funds to a biomedical research center (Sao Paulo-based Butantan Institute) to help develop a vaccine against Zika. Development of the vaccine is expected to take 3-5 years. Again, no consideration to the irony that you may be developing a vaccine to address a problem that may have been CAUSED by a vaccine, and that that new vaccine may COMPOUND the problem No consideration to the possibility that the answer to the problem may not be to do MORE, but rather to do LESS (simply STOP giving Tdcap to pregnant women).”

Note: We have two things worth noting, GM mosquito trials and the use of a new TDAP vaccine in Brazil. The medical records of the affected babies and their mothers will show directly the causal link between TDAP vaccines and microcephaly. If all the mothers of the affected babies had the new TDAP vaccine, we have a direct causal link and can discount “Zika” virus.
Zika is being used to justify further research by the synthetic biologists  – Oxitec/Brazil – and birth control – do NOT get pregant during the “Zika pandemic”.
updated 27/01/2016