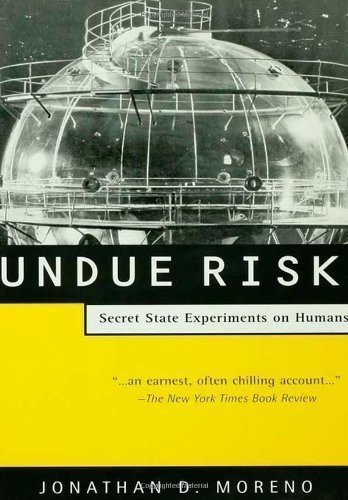 Commenter:
About 20 years ago I decided to start collecting the occasional news articles I might happen upon that had to do with exposing secret human experimentation by the US Govt (usually exposed by either a successful lawsuit or a Federal employee entrusted to destroy classified documents but who instead smuggles them out for release). There was no internet then, so newspapers were my only source. I compiled a file approx. 4 inches thick. From all of this, I concluded that one is much more at risk to be experimented on (non-consensual) if you are military (especially Army, but also to some extent the Air Force and Navy), or if you go to a hospital while indigent, not having health insurance (most hospitals get Fed funding, so strings may be attached). I have never found any instance of anyone wealthy, or socially prominent, having been experimented on.
I concluded from my own files that you are most at risk if you are indigent or low income folks going to a Fed funded hospital or clinic, as well as military (especially Army).
The USA still is quite aggressive toward its end goal of world domination, so experiments on humans that could lead to innovations in covert assassinations, or weapons of mass destruction, or even mind control will continue. The author of UNDUE RISK states, “If there is a single lesson to be gleaned from the story of military-medical human experiments, it is that we can expect them to continue in the future….”

Published on Nov 5, 2015
The government’s war on humanity is here! Instead of encouraging population growth and expansion, the governments of the world are now actively trying to DEPOPULATE the planet of humans.