Commenter:
About 20 years ago I decided to start collecting the occasional news articles I might happen upon that had to do with exposing secret human experimentation by the US Govt (usually exposed by either a successful lawsuit or a Federal employee entrusted to destroy classified documents but who instead smuggles them out for release). There was no internet then, so newspapers were my only source. I compiled a file approx. 4 inches thick. From all of this, I concluded that one is much more at risk to be experimented on (non-consensual) if you are military (especially Army, but also to some extent the Air Force and Navy), or if you go to a hospital while indigent, not having health insurance (most hospitals get Fed funding, so strings may be attached). I have never found any instance of anyone wealthy, or socially prominent, having been experimented on.
I concluded from my own files that you are most at risk if you are indigent or low income folks going to a Fed funded hospital or clinic, as well as military (especially Army).
The USA still is quite aggressive toward its end goal of world domination, so experiments on humans that could lead to innovations in covert assassinations, or weapons of mass destruction, or even mind control will continue. The author of UNDUE RISK states, “If there is a single lesson to be gleaned from the story of military-medical human experiments, it is that we can expect them to continue in the future….”

I have never been one to seek out conspiracy books. Reading in 98 categories, it was not until the combination of 9/11 and the multiple legalized crime bubbles that exploded in 2008-2010 that I finally realized I had been oblivious to the obvious that books such as this have been addressing for years, with more mainstream books finally starting to come into play.

This book has mind-boggling detail, most of it credible. It loses considerable credibility in making truly outrageous claims such as Executive Order 12333 being the order that authorized the framing and then incarceration of Lyndon LaRouche, an individual who cannot be stereo-typed. Indeed, this is a man that is so complex, stepping back and forth over the line — the very thin line — that separates sheer genius from errant lunacy — that I strongly recommend a reading of his Wikipedia page before reading the book. LaRouche is a convicted criminal — I see that — but I respectfully submit that every partner in Goldman Sachs, Morgan, Citi-Bank and others is an unindicted unconvicted criminal solely because the US Government lacks the intelligence and integrity to go after them.
…
It hurts me deeply to contemplate that portion of this book that must be considered incontrovertible truth. The book has warts — all of us — all governments, all organizations — have warts. What hurts so much is knowing that there is enough truth in this book to make it impossible to ever again fall for the deception inherent in the concept of what Matt Taibbi calls in Griftopia (page 32, burned into my memory), “a highly complicated merger of crime and policy, of stealing and government.” 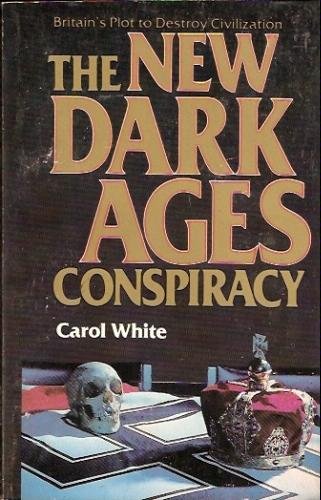 This book explains the Rothschild-British Elite’s strategies in maintaining economic hegemony in the 19th and early 20th centuries. The strategies — setting Muslims against Christians; Japanese against Russians; Germans against Russians; Chinese against Japanese; destroying the gold standard; destabilizing the Balkans and the Mideast — were applied successfully in eliminating Russia, Germany, and Japan as economic competitors to the Rothschild’s power base, Britain.

The Rothschilds’ lackeys in the US, traitors such as John D Rockefeller and FDR, returned the US to Rothschild-British control in 1913 with the establishment of a central bank (Federal Reserve). The US traitors adopted the same Rothschild-British tactics of global domination through serial wars, installation of puppet dictators, destabilization of the Balkans and Mideast, and gold price/stock market manipulations.

This book needs to be reprinted and updated to show how the same deceitful conspiracies have been used, such as Reagan’s arming Iraq against Iran and Clinton setting the Serbs against the Albanians, all the “off-color” revolutions and phony Arab springs.

Despite the book’s overall relevance, the “devil” is in the details. Many details are wrong. See Revilo Oliver’s analysis of these deliberate factual errors (spin) by googling Oliver’s name and the title of this book.