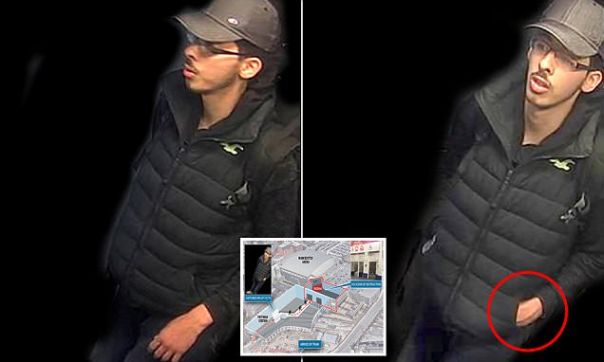 An eyewitness reports a red top:
“Emma Johnson…remembered spotting a man wearing an ‘intense’ red top and thought he stood out because a lot of Ariana Grande fans were wearing pink clothes.” 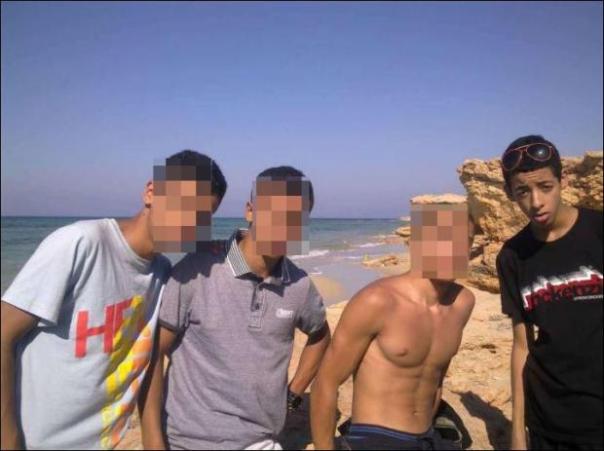 Here is another manipulated image. Take careful note of the shadows under the faces. Only Salman Abedi has his shadow on his right shoulder. All the others in the image have their shadows on their left shoulders. A huge anomaly? Why? 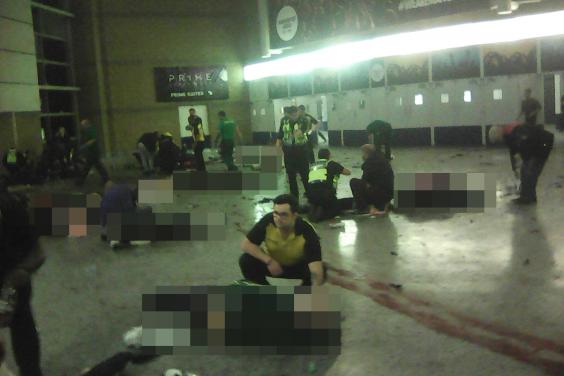 Why are the lights TOTALLY unaffected by the blast. A clear solid line of flourescent lights in the foyer after the bomb blast. Is this not strange? Furthermore with 22 reported deaths and 59 injured, should we NOT see more people being attended to in this picture? Is this really a picture of the bomb scene? The more you think about this image, the stranger it becomes. Why don’t we have more images from the scene? Where is the picture of the damaged floor under the “bomber”? It was “strong” enough to decapitate the “bomber”. In this age of mobile phones, the paucity of images of the immediate scene is strange?
updated 01/06/2017