The real issue at stake in France — and across most of the West — revolves around the conflicting interests of financial masters and citizens attached to public service and social justice.

by Pepe Escobar for the Asia Times 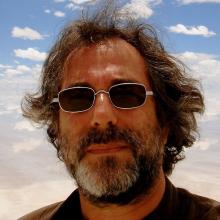 Here’s the body count in the latest geopolitical earthquake afflicting the West: The Socialist Party in France is dead. The traditional Right is comatose. What used to be the Extreme Left is alive, and still kicking.

Yet what’s supposed to be the shock of the new is not exactly a shock. The more things veer towards change (we can believe in), the more they stay the same. Enter the new normal: the recycled “system” – as in Emmanuel Macron — versus “the people” — as in the National Front’s Marine Le Pen, battling for the French presidency on May 7.

Although that was the expected outcome, it’s still significant. Le Pen, re-christened “Marine”, reached the second round of voting despite a mediocre campaign.

She essentially reassembled — but did not expand — her voting base. I have argued on Asia…